Disclaimer: This site does not store any files on its server. All contents are provided by non-affiliated third parties.
HD2 HD1
report 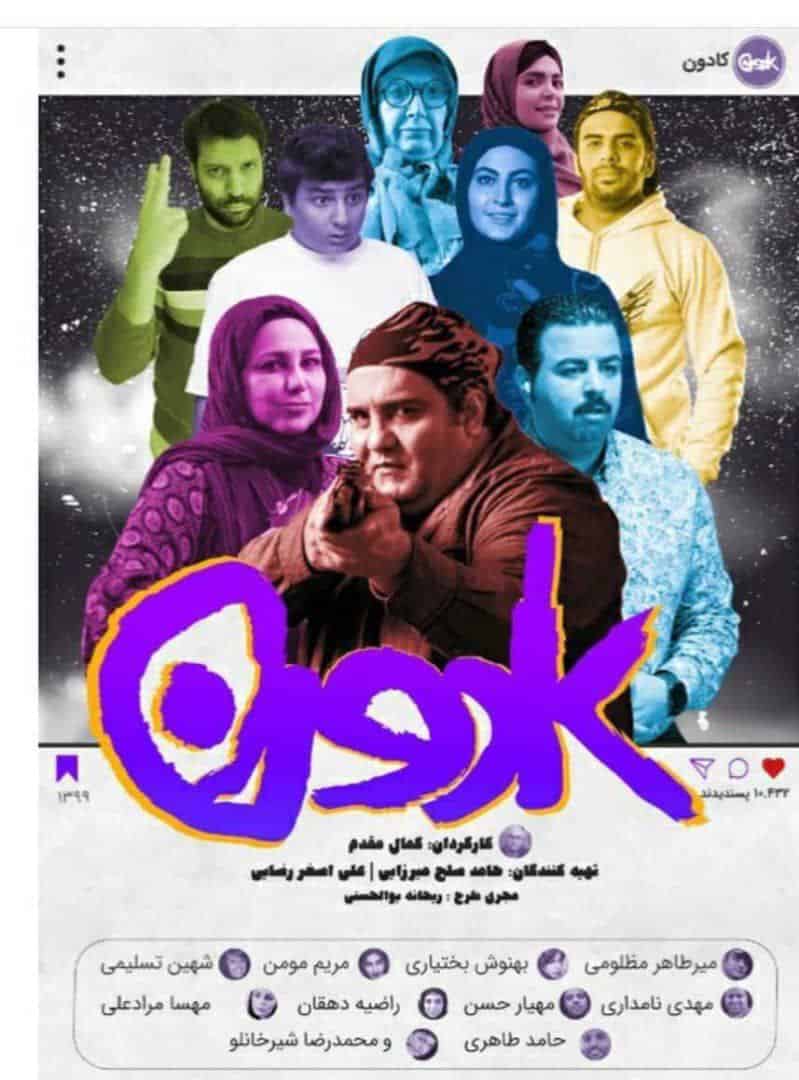 The movie Kadoun produced in 2019 in Iran, directed by Kamal Moghadam and written by Mozhgan Aghadawoodian and Hossein Samii, who jointly wrote the story of Kadoun, and Ali Abdul Alizadeh rewrote the story and script. This is the sixth film. Kamal Moghadam's directorial experience is in the field of making feature films. He did most of his artistic activity in the 90s and released his first film in 2013 on the home network. In the Iranian film Kadoun by Kamal Moghadam, which narrates a social and contemporary story and deals with the important issue of the virtual space today, he has tried to narrate the story in the form of humor so that the audience understands the story in the form of humor. In this film, he has tried to use more actors who have done most of their activities in the field of comedy.

In this Kadoun movie, produced by Hamed Salh Mirzaei and Ali Asghar Rezaei, actors such as Mir Taher Mazloumi, Maryam Momen, Shahin Taslimi and Behnoosh Bakhtiari have acted. After a decade of success in cinema and television, Bakhtiari is now less active than ever. And he is mostly seen in Iranian telefilms, the reason for his acting decline could be seen even in existing telefilms, of course, these days, contrary to the decline in his films, he is more prominent in the virtual space even than his own films. And it always has its own edges and the controversies of Behnoosh Bakhtiari's personal page are interesting in their own way. Also, in this movie, other actors have acted alongside the main actors, whose names are: Mehyar Hassan, Nafs Boalhasani, Razia Dehghan, Mehsa Murad Ali, Frank Rezaei, Ilya Moulai, Adrina Moulai, Leila Hosseini... Now you can watch this movie Download from Live Farsi website.

Age category: PG-13 Watching this movie is not suitable for people under 13 years old!